Ambassador Oka and Chief Justice Tun Tengku Maimun exchanged views on the legal system of Malaysia, efforts both Japan and Malaysia have been taking for digitalisation of judicial procedures, further cooperation between Japan and Malaysia in the field of the judiciary and so on. Ambassador Oka expressed his respect to Tun Tengku Maimun, who is the first female Chief Justice in Malaysia, for her efforts to promote women's empowerment in the judiciary of Malaysia. 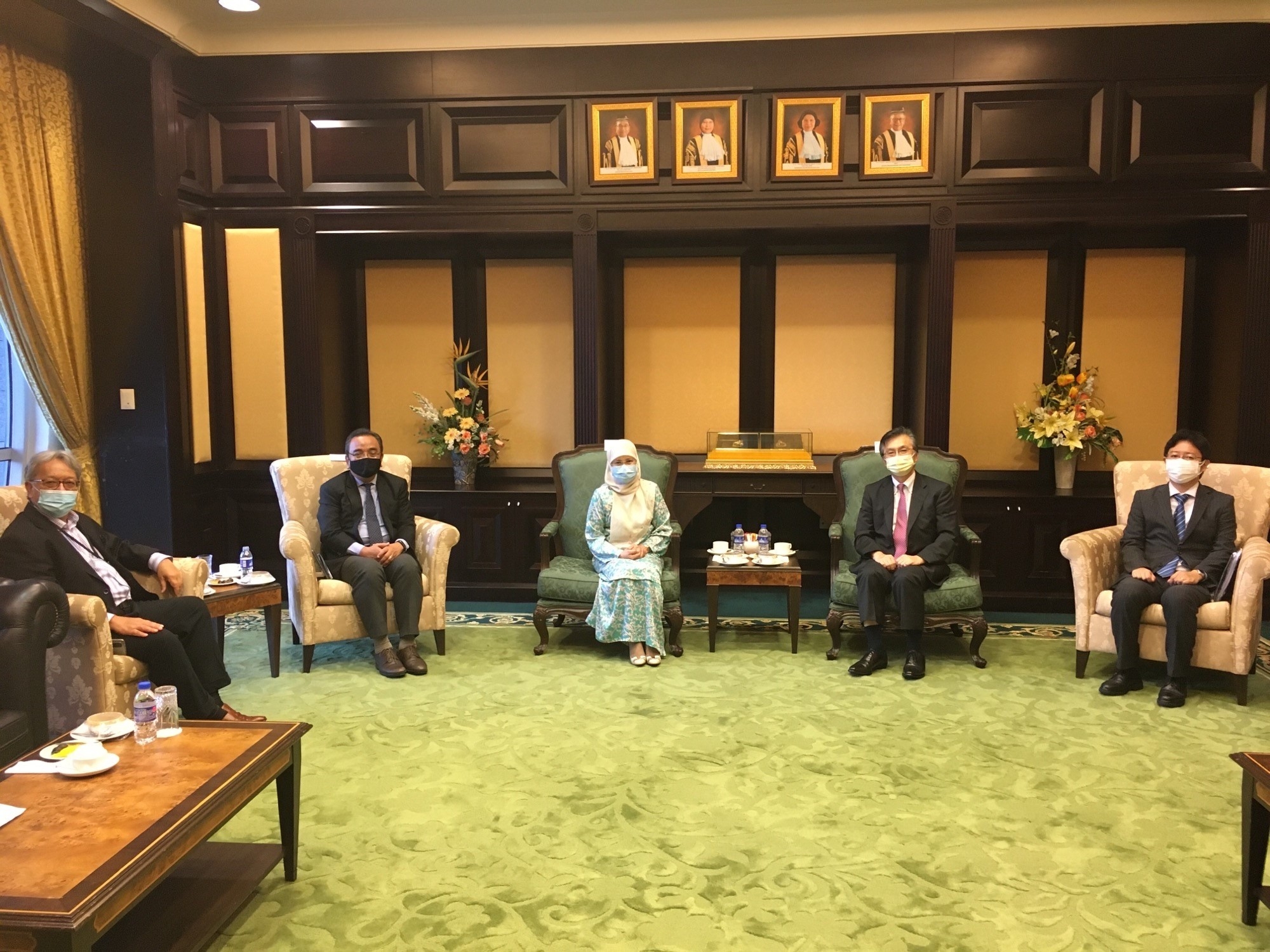