2020/9/9
Japanese
Deployment Air force for counter Piracy Enforcement unit, the Japan Maritime Self-Defense Force two Maritime Patrol Aircraft P-3Cs, made a transit at Kuala Lumpur International Airport on the way to off the coast of Somalia and the Gulf of Aden to conduct counter piracy operation. Taking this opportunity, Ambassador OKA extended best wishes for their continued success with their mission. It is the first time JSDF asset transit after the announcement of MCO by Government of Malaysia in March this year. 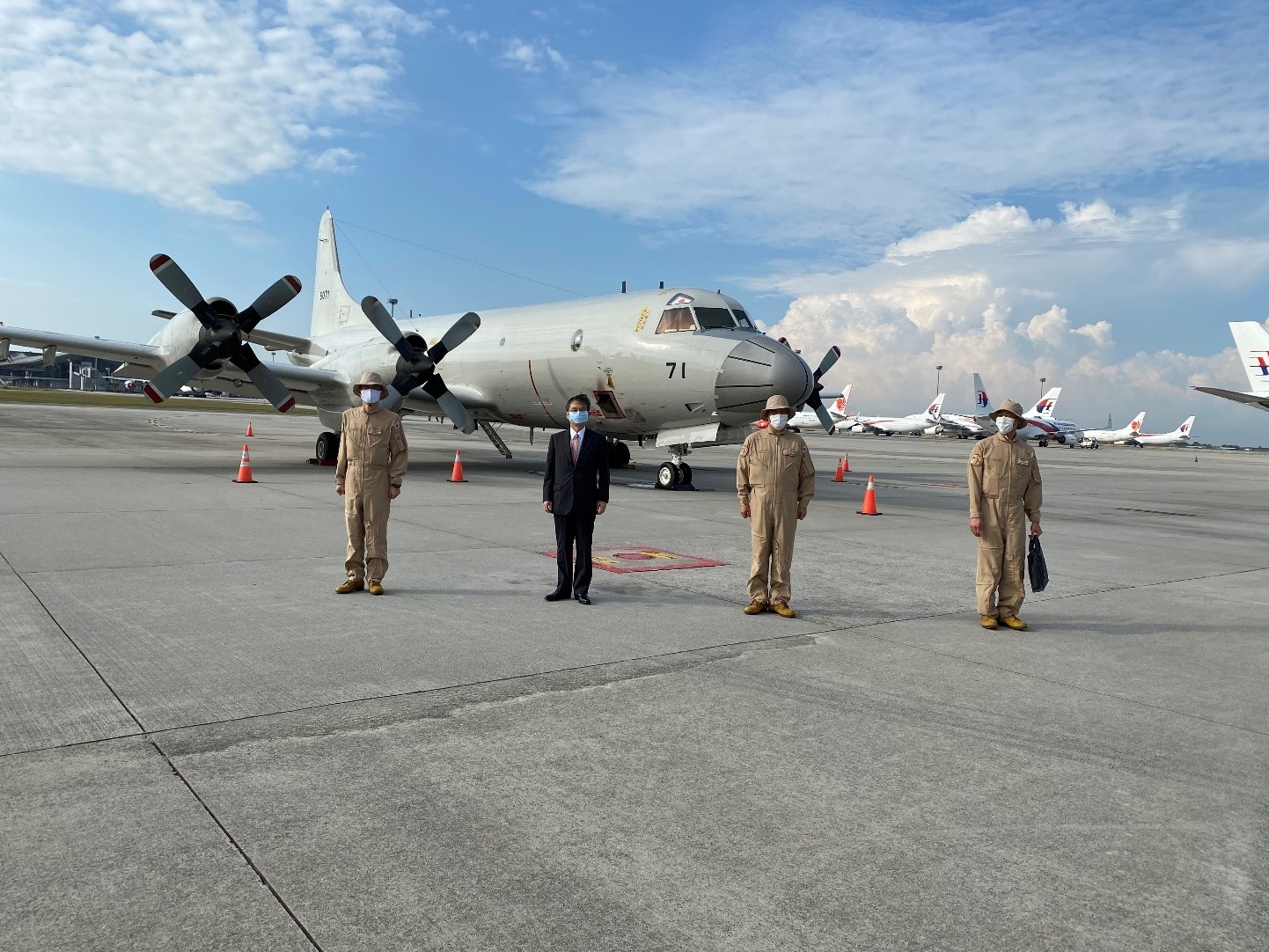 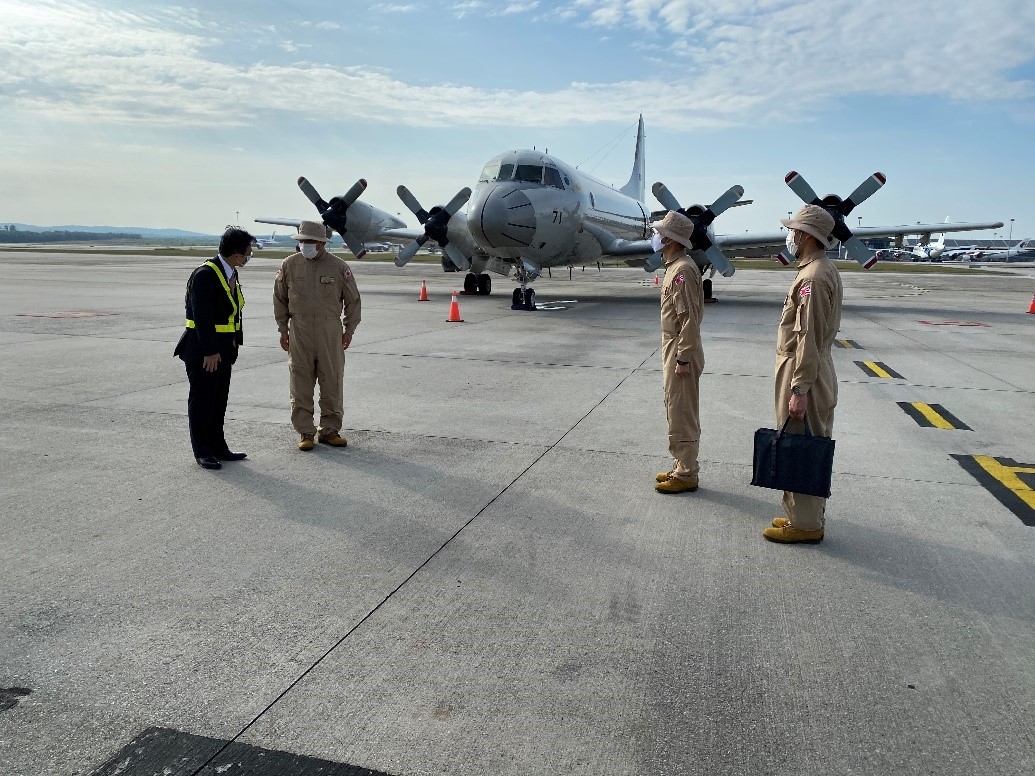 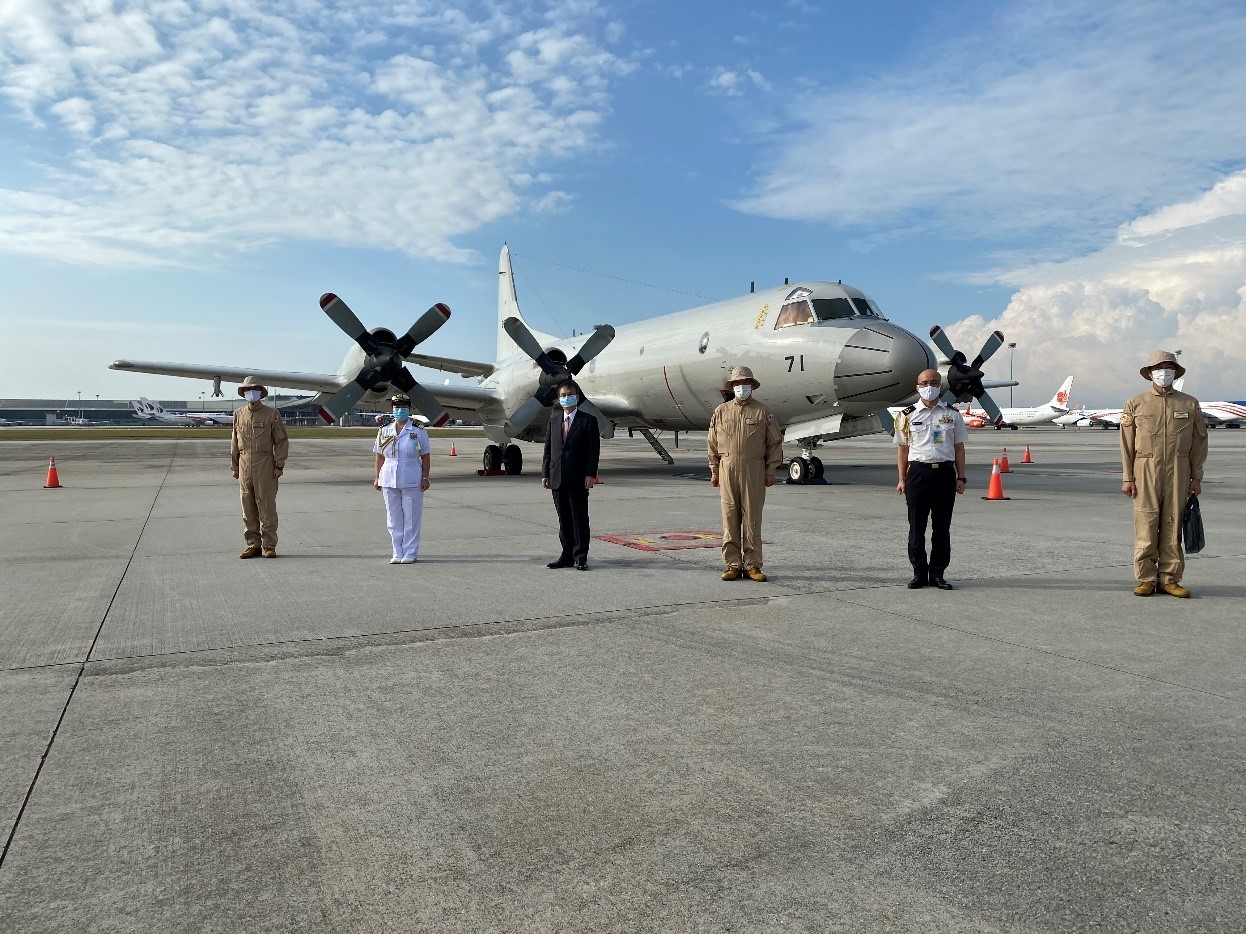