2021/11/17
Japanese
On November 8, Ambassador Oka expressed his appreciation for the friendship and support extended by ALEPS(Alumni Look East Policy Society) to Japan, and presented Mr. Zulfiqar Zainuddin, President of ALEPS, with a Certificate of Commendation from the Ambassador. ALEPS is an organization of alumni of Look East Policy students, which has been actively working as a bridge between Japan and Malaysia in the field of education and cultural exchanges. Ambassador Oka thanked all the members of ALPES for their support and expressed his expectation that next year commemorating the 40th anniversary of the Look East Policy will be an excellent opportunity to highlight the friendship between the two countries. On behalf of ALEPS, Mr. Zulfikar read a poem in his speech to Ambassador Oka to express his gratitude:
Jauh merantau membina kenangan
Buat bekalan di hari tua
Hilang di mata, di hati jangan
Budi yang baik dikenang jua 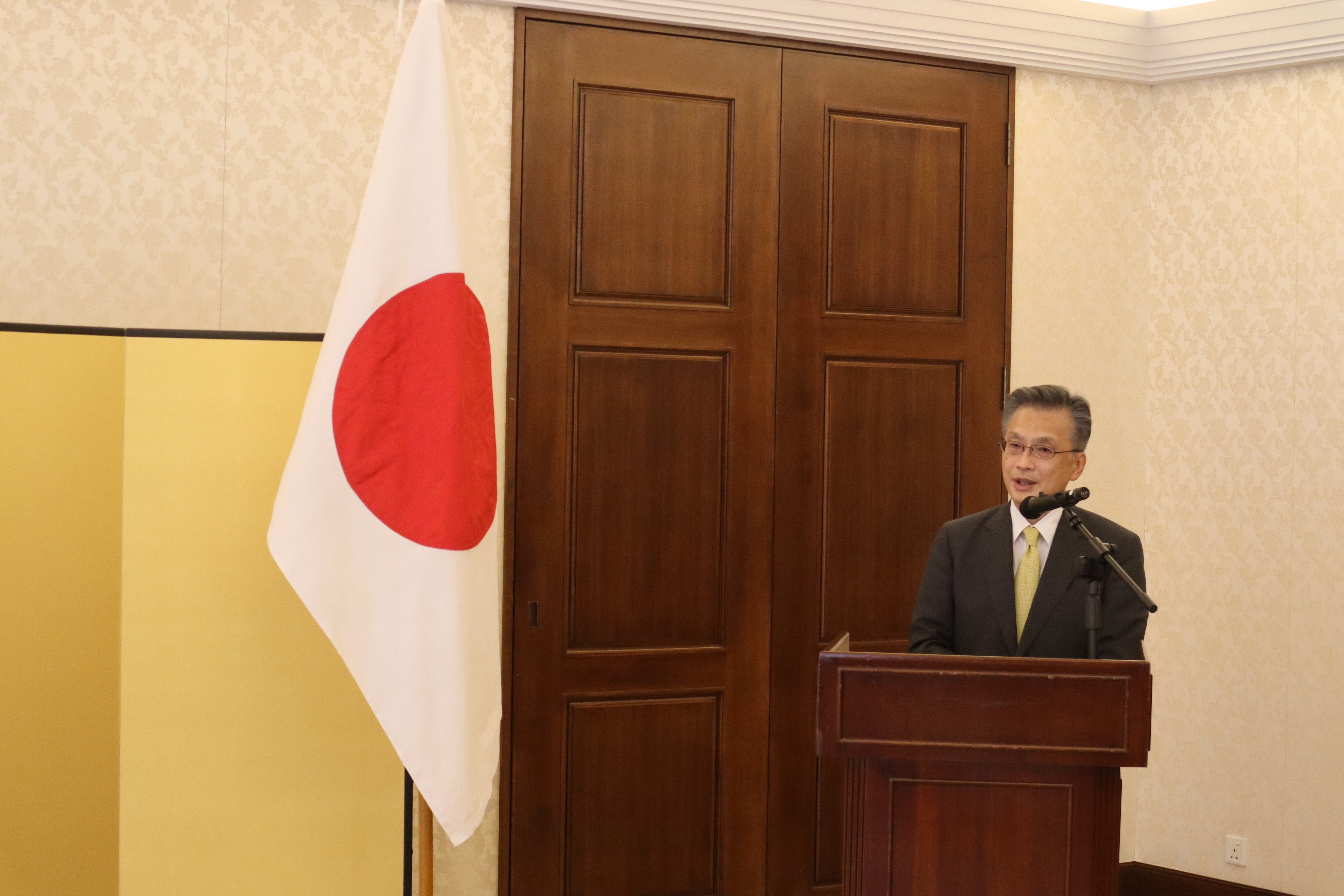 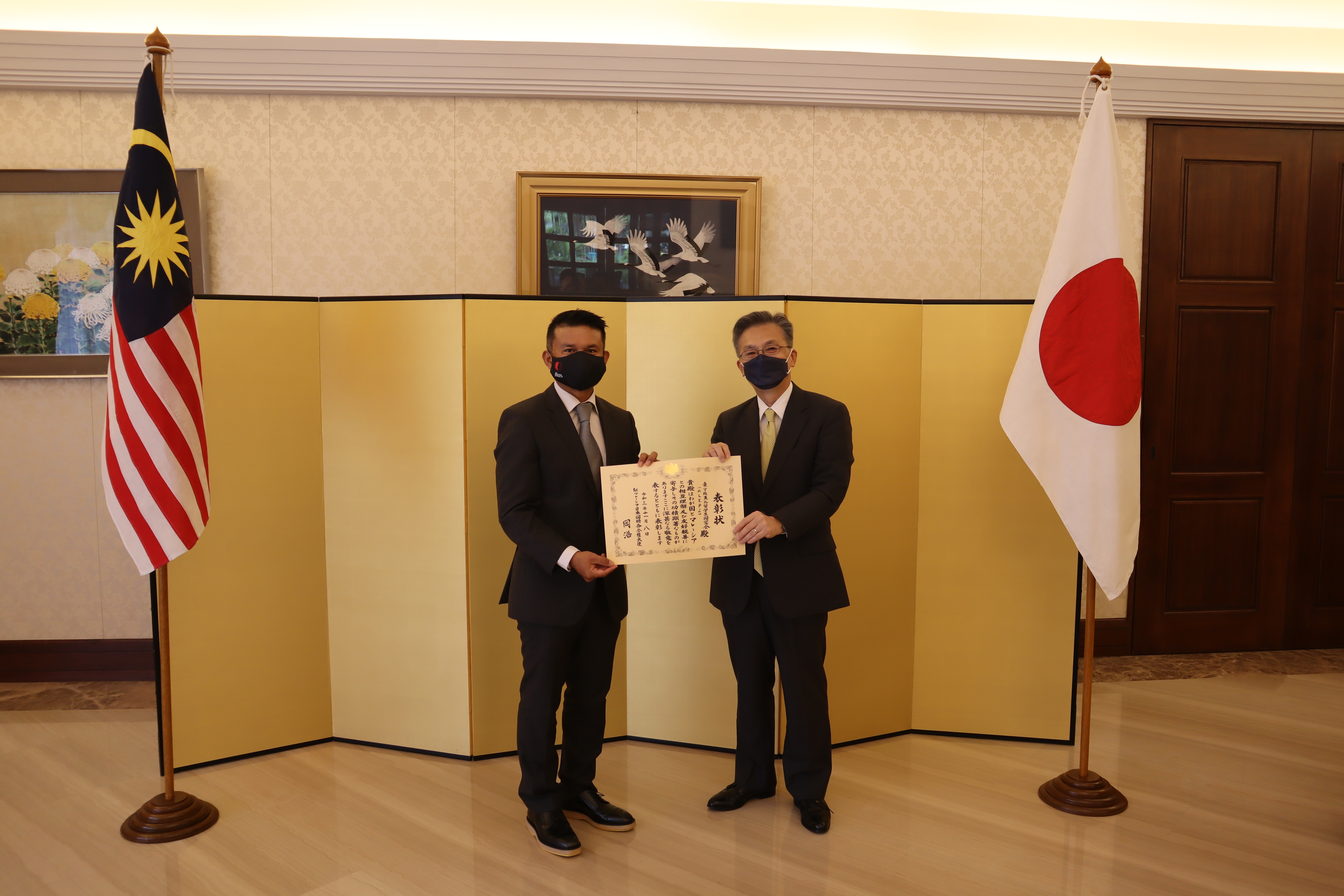 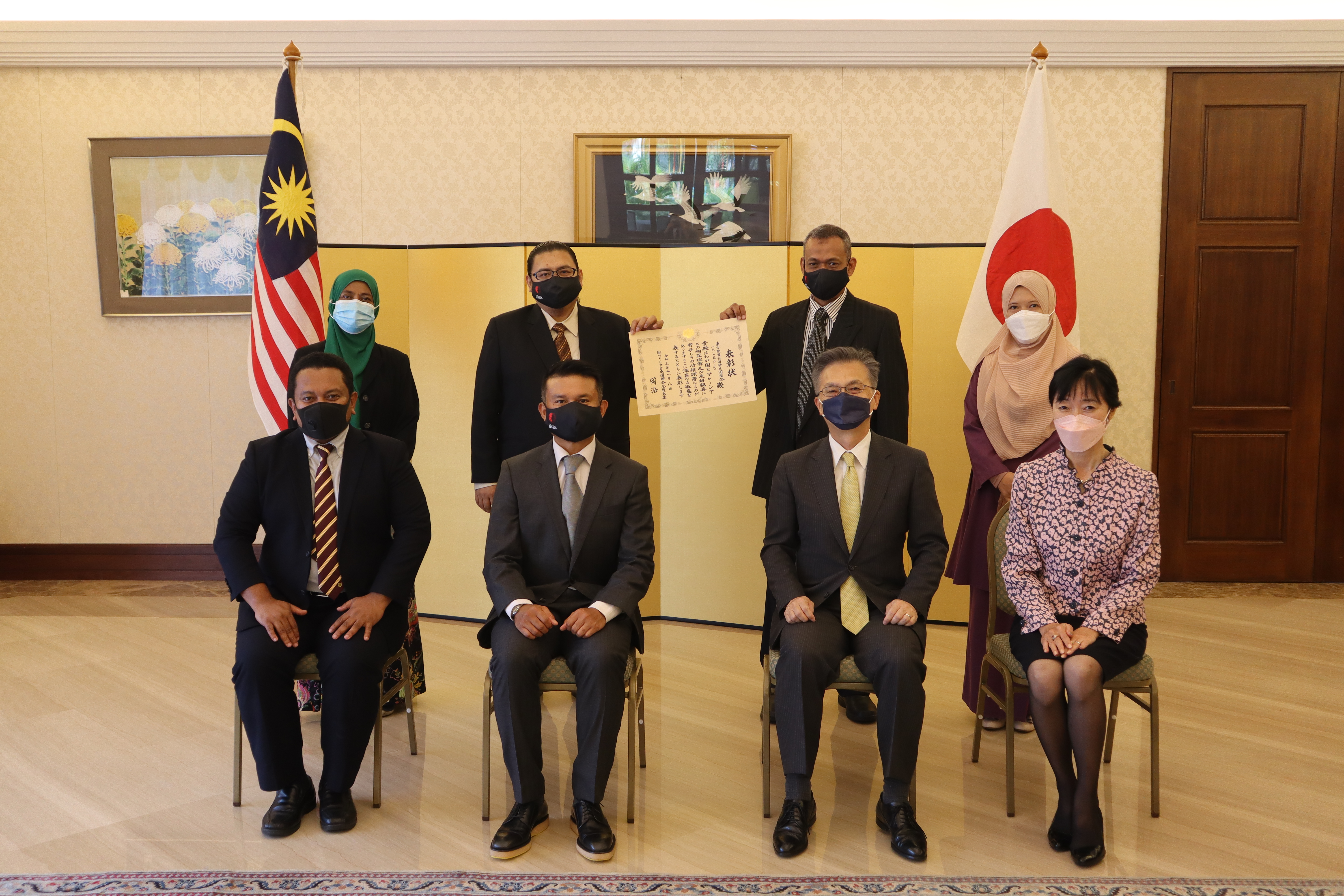